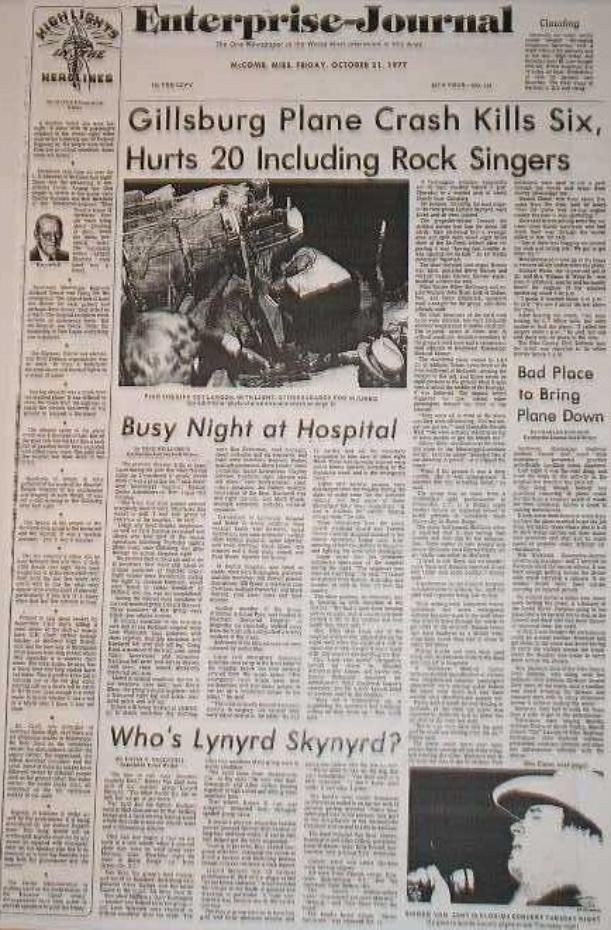 Lynyrd Skynyrd is considered one of the best classic rock bands of all time. From what I've learned about the music industry, lots of famous musicians die a lot allegedly. I think most of the deaths are fabricated to promote an agenda.


With regards to Lynyrd Skynyrd, I think the plane crash that supposedly killed some of the band never happened.

Looks like three fake deaths to me. Also on February 15, 1979, Steve's and Cassie's mother, also named Cassie LaRue Gaines, was killed in an automobile accident near the cemetery where Steve and Cassie are buried.

Did the mom fake her death to be with her son and daughter wherever they disappeared to?

To reinforce the myth of this crash according to former band mate Artimus Pyle and family members, Van Zant frequently discussed his mortality. Pyle recalls a moment when Lynyrd Skynyrd was in Japan: "Ronnie and I were in Tokyo, Japan, and Ronnie told me that he would never live to see thirty and that he would go out with his boots on, in other words, on the road. I said, 'Ronnie, don't talk like that,' but the man knew his destiny."

Van Zant's father, Lacy, said, "He said to me many times, 'Daddy, I'll never be 30 years old.' I said, 'Why are you talking this junk?' and he said, 'Daddy, that's my limit.'" Van Zant's father later noted that, "God was a jealous god. Taking him for reasons I don't know."

I'm not falling for it. These stories are to make sure you have no doubt about this crash.

The band happened to be releasing a new album 3 days before this alleged crash called Street Survivors. It turned out to be Lynyrd Skynyrd's most successful album.

Here is the cover of the album: 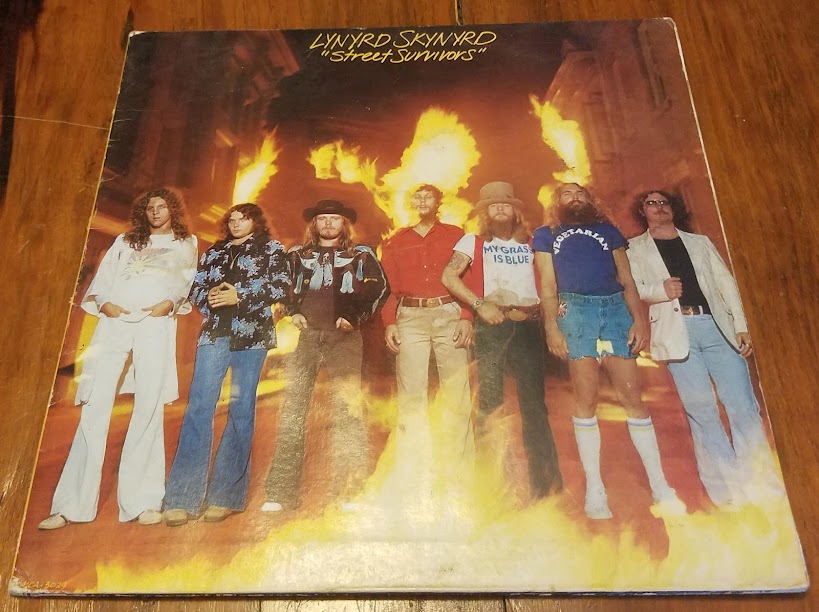 Flames just like the plane that crashed into flames. Predictive programming 3 days before the crash???

The surviving members of Lynyrd Skynyrd broke up after this alleged plane crash.

I think the payoff from album sales after this crash was enough to support going along with faking it by Ronnie Van Zant, Steve Gaines and Cassie Gaines.

Maybe the plan was to retire Lynyrd Skynyrd for the 1970s and boost Street Survivor album sales. Maybe the band wanted to break up and Van Zant and the two Gaines agreed to fake their deaths to help get lasting publicity for the band and the final album.