Did Heath Ledger Fake His Death? 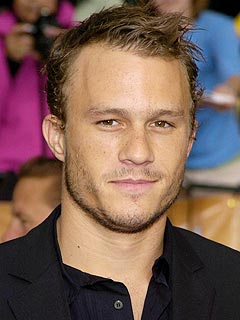 Heath Ledger allegedly died on January 22, 2008 from an accidental intoxication from prescription drugs.

The details of his death are as follows:

At 2:45 pm (2+4+5=11), on 22 January 2008, Ledger was found unconscious in his bed by his housekeeper, Teresa Solomon, and his masseuse, Diana Wolozin, in his fourth-floor loft apartment in the SoHo neighbourhood of Manhattan.

Wolozin, who had arrived early for a 3:00 pm appointment with Ledger, called Ledger's friend Mary-Kate Olsen for help. Olsen, who was in California, directed a New York City private security guard to go to the scene. At 3:26 pm (3+2+6=11), "less than 15 minutes after she first saw him in bed and only a few moments after the first call to Ms. Olsen", Wolozin telephoned 9-1-1 "to say that Mr. Ledger was not breathing". At the urging of the 9-1-1 operator, Wolozin administered CPR, which was unsuccessful in reviving him.

Paramedics  arrived seven minutes later, at 3:33 pm ("at almost exactly the same moment as a private security guard summoned by Ms. Olsen") but were also unable to revive him. At 3:36 pm, Ledger was pronounced dead, and his body was removed from the apartment

I've already made the argument in other blog posts about fake deaths that celebrities, musicians, comedians, academia, and more big stage professions are connected to intelligence and get shady offers to fake their deaths to promote a new world order, elite establishment, and oligarch agenda for the masses, and thus "exit the stage".  Also sometimes the said person that fakes their death has a movie or album that is about to be released which increases sales.

So for all those drugs that Heath Ledger allegedly accidentally died from, it was good publicity for the manufacturers of those drugs. It put into people's minds that you can take these drugs to solve your problems and get high on these drugs too, especially oxycodene which is well known to be a very abused prescription drug.

Heath Ledger's Death was the top entertainment story of 2008?

Yes according to this article on Heath Ledger's death from MSNBC:


Eleven months after Ledger's death, on 23 December 2008, Jake Coyle, writing for the Associated Press, announced that "Heath Ledger's death was voted 2008's top entertainment story by U.S. newspaper and broadcast editors surveyed by The Associated Press" because it resulted in "shock and confusion" about "the circumstances", the ruling of the death as an accident caused by "a toxic combination of prescription drugs", and the continuation of "his legacy... [i]n a roundly acclaimed performance as the Joker in the year's biggest box office hit The Dark Knight."

What about his movie he had coming out in 2008 that just happened to be a summer blockbuster and record smashing money making movie? The Dark Knight grossed $1 Billion worldwide. How much of that had to do with Heath Ledger dying. Did it drive more people to see the film? More build up for such a huge movie?

He also had another film posthumously released entitled The Imaginarium of Doctor Parnassus, in which Heath Ledger plays a character having made a bet with the Devil, takes audience members through a magical mirror to explore their imaginations and present them with a choice between self-fulfilling enlightenment or gratifying ignorance. The movie did well at the box office probably because people knew it was one of Heath Ledger's last films and they had to see it. Hopefully Jay Dyer of Jaysanalysis.com can do a review of this movie and it's esoteric meaning.

I think Heath Ledger faked his death because he wanted to retire from the stage. Even though he was 28 at the time of his alleged death, he had been acting for 15 years. He probably wanted to go out on a high note with his amazing performance in the Dark Knight. Also Heath Ledger talked about not wanting to repeat himself in performances in movie roles. Maybe he knew it was getting to this point.

I liked this quote from Heath Ledger from an interview with Rolling Stone:


"You know when you see the preachers down South? And they grab a believer and they go, 'Bwoom! I touch you with the hand of God!' And they believe so strongly, they're on the ground shaking and spitting. And fuck's sake, that's the power of belief... Now, I don't believe in Jesus, but I believe in my performance. And if you can understand that the power of belief is one of the great tools of our time and that a lot of acting comes from it, you can do anything."