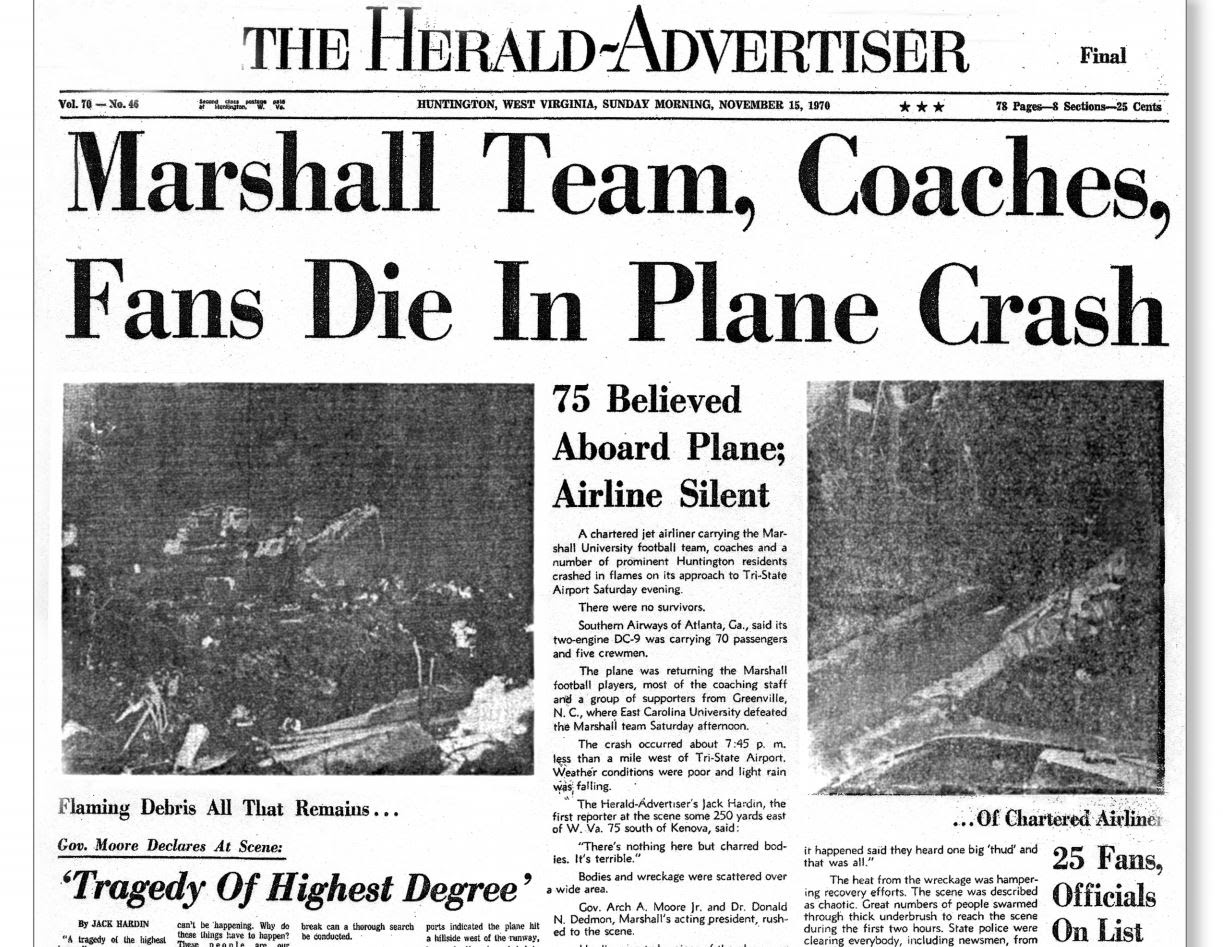 When I see that a movie or motion picture has been made about a famous plane crash reported by the news, I now automatically think of "reinforcing the myth". The myth of a supposed plane crash.

With regards to plane crashes, I think most of them are faked to scare the slaves. The slaves can't be zipping around the country in private and commercial jets without some fear put into their minds about the experience.

Us slaves are given fake plane crash news stories to scare the shit out of us about flying, even though it's so awesome to think we can catch a plane from New York to LA and be there in 5 hours or a little less. With frequent plane crashes the media propagates and I'm sure the intelligence agencies put together, we are led to believe flying is really bad, especially after 9/11 which I have concluded no planes crashed anywhere.

Heading into this alleged crash the football team had a record of 3-6(3+6=9).

The airliner continued on final approach to Tri-State Airport when it collided with the tops of trees on a hillside 5,543 feet (1,690 m) west of runway 11 now runway 12, but it was masonic 11.

The plane burst into flames and created a swath of charred ground 95 feet (29 m(2+9=11)) wide and 279 feet (85 m) long. According to the official NTSB report, the accident was "unsurvivable". I like how that word is placed in the report to make sure there is no doubt.

The aircraft dipped to the right, almost inverted and had crashed into a hollow nose-first.

To me this looks like a fake airplane crash. How could they fake an airplane crash with such a massive amount of people involved?

I wonder if these 36 football players were really young college kids. Maybe older?

How about the head coach. This is where it gets sketchy.

Rick Tolley was interior line coach just before the 1969 season and was promoted to head coach after head coach Perry Moss was removed from head coaching duties and suspended. I didn't find the actually reason why though.

During the entire 1969 season Tolley was considered the "acting" head football coach. Tolley had expressed his desire to be the permanent head coach, but the university had not appointed a permanent athletic director and would name a head coach after the 1969 season was complete.

Twenty-eight Marshall players had signed a petition and presented it to Governor Arch Moore asking that suspended head coach Perry Moss be named to the top spot.

Newly appointed Athletic Director Charles Krautz announced Tolley's selection appointment to the permanent head coaching position on December 1, 1969, heading into the 1970 season. His appointment was a unanimous recommendation by a special selection committee submitted to Donald Dedmon, executive vice president of the university, who made the final decision, in an absence of Roland Nelson, Marshall University president who was on vacation.

To me that looks very suspicious how Tolley was installed as coach.

According to the report of the 1969 season: Tolley started the 1969 season with over 40 players but through attrition, the number of players dropped to just 32 players after the team lost the first six games. The team was on its way to a collegiate record losing streak.

Also another polytechnic college by the name of California Polytechnic State University also had a big plane crash with football players back in the 1950s. I think polytechnic schools have heavy intelligence connections.

After this supposed crash, the NCAA Rule banning Freshman from playing Varsity College Football was abolished. The rule up until then was that Freshman weren't allowed to play Varsity at the college football level, only Sophmore, Juniors, and Seniors. Seems like another reason to fake this plane crash.

On November 11, 2000, the We Are Marshall Memorial Bronze was dedicated.

On December 11, 2006, a memorial plaque was dedicated at the plane crash site.

Damn, how many memorials do they need to reinforce the myth???

As for the flight crew and fans supposedly on this plane, those people probably didn't exist, but maybe they did and also faked their deaths. The only reason I say the football players were real is because there were games played during the 1970 season.

Also I think that intelligence agencies surround football programs at the college level and baseketball too. There is obviously something to gain from these players who are out in the public spotlight constantly, especially today. Also if you can't make it to the pros or you get cut, maybe there is a certain someone who notices and makes you an offer.